Sarah Boseley and Melissa Davey
As published in The Guardian

The Lancet paper that halted global trials of hydroxychloroquine for Covid-19 because of fears of increased deaths has been retracted after a Guardian investigation found inconsistencies in the data.

The lead author, Prof Mandeep Mehra, from the Brigham and Women’s hospital in Boston, Massachusetts decided to ask the Lancet for the retraction because he could no longer vouch for the data’s accuracy.

The journal’s editor, Richard Horton, said he was appalled by developments. “This is a shocking example of research misconduct in the middle of a global health emergency,” he told the Guardian. 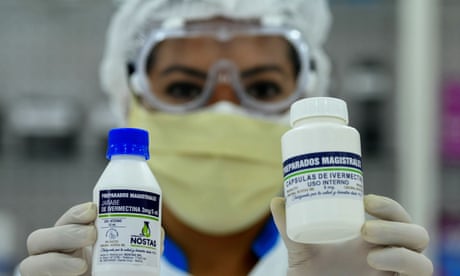 A Guardian investigation had revealed errors in the data that was provided for the research by US company Surgisphere. These were later explained by the company as some patients being wrongly allocated to Australia instead of Asia. But more anomalies were then picked up. A further Guardian investigation found that there were serious questions to be asked about the company itself.

An independent audit company was asked to examine a database provided by Surgisphere to ensure it had the data from more than 96,000 Covid-19 patients in 671 hospitals worldwide, that it was obtained properly and was accurate.

Surgisphere’s CEO, Sapan Desai, had said he would cooperate with the independent audit, but it is understood he refused to give the investigators access to all the data they asked for.

In a statement on Thursday, Mehra said: “Our independent peer reviewers informed us that Surgisphere would not transfer the full dataset, client contracts, and the full ISO audit report to their servers for analysis as such transfer would violate client agreements and confidentiality requirements. As such, our reviewers were not able to conduct an independent and private peer review and therefore notified us of their withdrawal from the peer-review process.”

The Lancet study had a dramatic impact on attempts to find out whether the antimalarial drug hydroxychloroquine, and its older version, chloroquine, could help treat patients with Covid-19. The US president, Donald Trump was among those who backed the drug before any high-quality trial evidence had been published.

The World Health Organization and several countries suspended randomised controlled trials that were set up to find an answer. Those trials have now been restarted. Many scientists were angry that they had been stopped on the basis of a trial that was observational and not a “gold standard” RCT.

Mehra had commissioned an independent audit of the data after scientists questioned it.

In its investigation, the Guardian put a detailed list of concerns to Desai about the database, the study findings and his background. He responded: “There continues to be a fundamental misunderstanding about what our system is and how it works.

“There are also a number of inaccuracies and unrelated connections that you are trying to make with a clear bias toward attempting to discredit who we are and what we do,” he said. “We do not agree with your premise or the nature of what you have put together, and I am sad to see that what should have been a scientific discussion has been denigrated into this sort of discussion.”

Shortly after the Lancet retracted its study, the New England Journal of Medicine retracted a paper based on the Surgisphere database, also co-authored by Mehra and Desai. The study purported to include data from Covid-19 patients from 169 hospitals in 11 countries in Asia, Europe and North America. It found common drugs given for heart disease were not associated with a higher risk of death in Covid-19 patients.

In a statement, published by the journal, the authors said: “Because all the authors were not granted access to the raw data and the raw data could not be made available to a third-party auditor, we are unable to validate the primary data sources underlying our article, ‘Cardiovascular Disease, Drug Therapy, and Mortality in Covid-19’. We therefore request that the article be retracted.

“We apologise to the editors and to readers of the Journal for the difficulties that this has caused.”

The Vaccines, The Plunder, and the Arrival of the Great Reset